#treman's world #HIS NEW ALBUM IS SO GOOD WTF

#i know nothing and i understand jack shit

Waterfall doesn't have any content in the tag for my favorite video game. I drew the main character to fix that.

(it's a 3D platformer where you have a laser, can cut through damn near everything around you, and have to retrieve a stolen pair of magic underpants. it's an indie game masterpiece and i love it dearly. check it out here)

(a reupload to fix it from displaying in landscape on my desktop... >_<)

Can people reblog this so i can find active users

I ran (and still run) a pretty active anime blog over on tumblr, also called Jane's Anime Blog. The tumblr importer on Waterfall isn't fully up to snuff yet, but I'm going to mostly be focusing on this site from this point forward. My tumblr blog will be updated with link posts that lead to my posts over here.

My current passion project is a liveblog of the series HeartCatch Precure! So this post, in addition to serving as my introduction, is also gonna have links back to all of the prior liveposts on this subject over on tumblr. I may also fully re-post these, but it's going to take some time if I do, so I wanted to get this up as a quick and easy way for people to catch up on the liveblogs now if they want to.

I don't just blog on tumblr though, I'm also the anime columnist for general women-in-nerddom website Geek Girl Authority, and I'll also be linking posts that go up over there on this site.

Hi! This is my anime blog! Please consider reblogging this and following if you're interested in anime criticism, the Precure series, or just anime in general. Thank you!

#jams #phantoms #I went to see these guys over the weekend!!! good stuff

She is so cool, I want her to bench press me TAT

Some doodles from my notebook last month.

Still kinda angry that the best one I did was a Fortnite skin.

Hi folks! My name's Tre. Nice to meet you, or to see you again.

I'm 22, love video games, cartoons and electronic music, and I've been a Tumblr user for nine years (it'll be 10 in July, at which point I'm probably going to leave or wind my involvement over there down significantly, have't decided which). He/his and they/them pronouns are both fine for me. I'm also on the autism spectrum and love writing; my degree from my college's journalism program is mostly finished.

For three years I was a radio DJ at my college's station, too. Right now, I'm figuring out what's next, but I've kept myself occupied by putting together a magazine with my friends called Scribbles (check out volume one here, and volume two is tentatively out next month). I also co-host on a Twitch live streaming show called Shapes and Forms with Planet Jane every Thursday; you can watch live here and see past episodes on pJ's YouTube channel.

Depending on what I can find here on Waterfall, this blog will probably serve a similar purpose to my old one -- sharing meme-y content and cool stuff that I'm into -- and I plan to share stuff like my original art and music at another blog here, too, so stay tuned for that. Most of my social media profiles live under the same username I have here.

This is not a dashboard. This is Waterfall. It is a splashboard 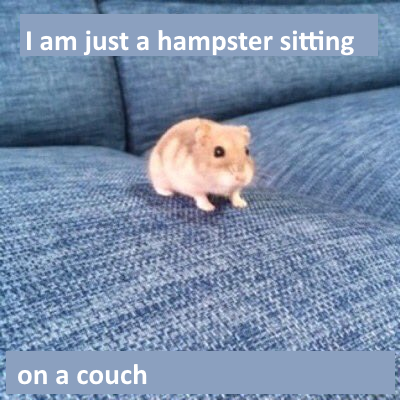 The first post I remember making on Tumblr was a song — Genesis by Justice, to symbolize a beginning.

This time around, I’m looking for a new place to stay. Maybe it’s Waterfall. We’ll see.